Shu is arrested by the GHQ much to his classmates shock and worry. He is sent to GHQ Isolation Facility Four where he remains silent about the Undertakers. Upon learning Gai and the Undertakers will attack the Facility to rescue their “comrade”, Major Segai brings Shu to the Isolation ward, revealing Yahiro sold him out so his brother, a victim of the Apocalypse Virus, can get treatment. Furthermore, Major Segai justifies GHQ’s harsher actions for the safety of Japan and uses Shu’s feelings for Inori and his doubts about Gai. He reveals that the “comrade” Gai wants to rescue is mass murderer Kenji Kido, which makes Shu question Gai’s trustworthiness. The Major gives Shu a transmitter disguised as a pen that he is to use if he comes in contact with Gai. Later that night, a disguised Gai visits Shu and tells him his plans to rescue Kenji, however, Shu doesn’t want to be involved. Tsugumi informs the two that Inori has disobeyed Gai’s orders to stand by in order to rescue Shu. Shu, worried, goes to save her, forcing Gai to change his plan. Protected by Ayase’s Endlave Steiner, Shu heads to where Inori is at until he encounters Kenji himself and uses his Void, a Gravity gun to stop the GHQ Endlaves and rescue Inori. After Isolation Facility’s destruction, Gai offers Shu to follow him. Shu reluctantly agrees, however, he keeps the transmitter given to him and does not inform Gai of his exchange with the Major. 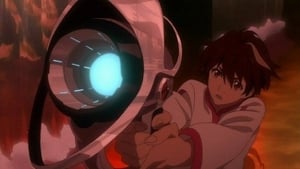 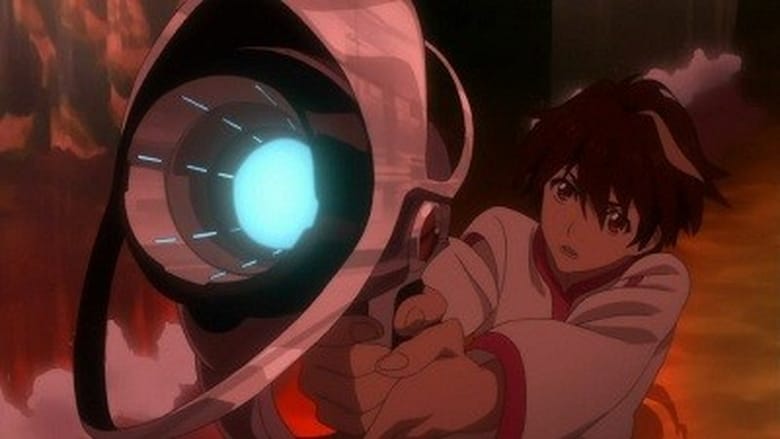