Shu arrives at the Undertakers Headquarters at Roppongi Fort where Gai introduces him to the Undertakers and plans to hold a trial for Shu before he can officially join them. Gai assigns Ayase as Shu’s instructor while he leads a mission to take over “Leukocyte”. Ayase dislikes Shu but is only training him because it was Gai’s orders and Shu has to pass the trial as Ayase has his pen, unaware it’s a transmitter but she will only give it back after passing the trial. After some hard training, Shu encounters Inori, telling her that he joined the Undertakers because of her and asks her if she will join him if he wanted to leave the Undertakers. But Inori tells him she won’t because Gai gave her a life and purpose and claims Gai told her to use his feelings for her to join Undertakers before entering Gai’s room. Dejected, Shu runs away and bumps into Ayase, who consoles Shu and gives him some encouragement for tomorrow’s trial. Unknown to both of them, despite what it seems, Inori is actually giving Gai a blood transfusion. On the day of trial, Shu has a mock battle with Ayase’s Steiner where if he gets past Steiner and into the vehicle behind it, he will pass the trial. Shu succeeds the task after using Arugo’s Void to blind Steiner and get into the vehicle where Ayase and the Undertakers congratulate Shu of the becoming one of them. Just as Kenji arrives, the Undertakers receives a troubling report from Tsugumi. Gai earlier led a team to intercept the arrival of mercenaries and Endlaves at an airport but their position was shoot by Leukocyte, an orbital satellite laser. 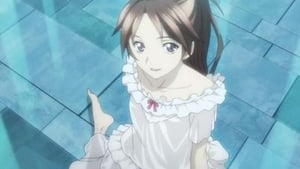 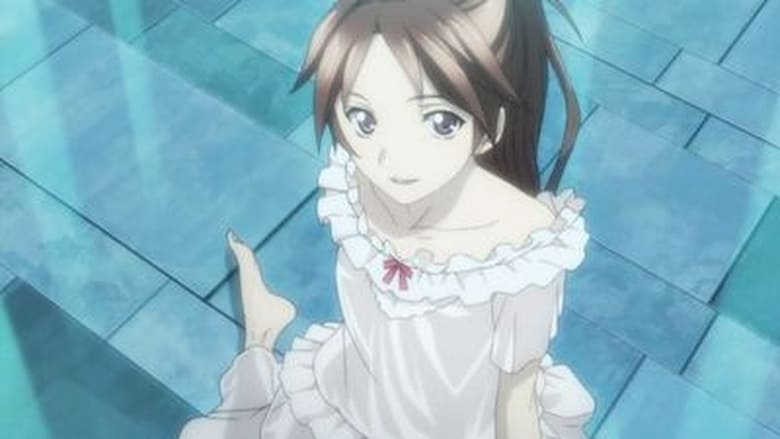