Gai survives the attack but reveals that his team and the mercenaries were killed by the Leukocyte blast. At the outskirts of Tsukigase Dam, Gai briefs the Undertakers that their mission is to attack the Dam where the Leukocyte control system is located but due to the Leukocyte’s security system, he will have Shu use Kenji’s Void to disable it. Shu doesn’t want to take part of the operation as he’s afraid of the people who will die if he fails until Inori goes to talk to him. Meanwhile at Tsukigase Dam, Major Segai informs the Anti Bodies director Shuichiro Keido that his men are prepared for the Undertakers attack including Daryl, who wants revenge against the Undertakers for stealing his Steiner. As Gai gets another blood transfusion in a room alone, he confesses to what he assumes is Inori that he regrets of the lives who died for him and it was difficult to act as their fearless leader until he realizes the other person was in fact Shu due to Inori. Shu admits he never wanted to see this side of Gai and agrees to join the operation. As the Undertakers distract the GHQ forces guarding the dam, Shu, Gai, and Kenji sneak into the Leukocyte control system with Inori defending them. As Gai and Shu hacks the control system with Tsugumi’s help via Funell, Segai sends Daryl to stop them which Gai battles and disables Daryl’s Endlave. However, Daryl damages the control system, sending one of the Leukocyte’s crashing to the dam. In order to stop it, Gai makes a deal with Segai that he will stop the crashing satellite using Shu’s transmitter, revealing it is actually a targeting beacon for the Leukocytes, in exchange that he destroys all records of Shu’s involvement with the Undertakers. Realizing Gai is sacrificing himself to destroy the falling satellite, Shu, with Inori’s encouragement, combines Kenji’s and Inori’s Voids to destroy not only the falling satellite but also the one still in space. With the operation over, Shu finally accepts Gai and the Undertakers while Shuichiro speaks with a mysterious blond youngster over “Cocytus awakening”. 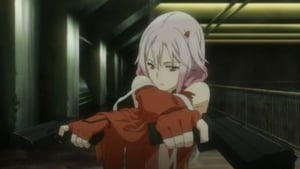 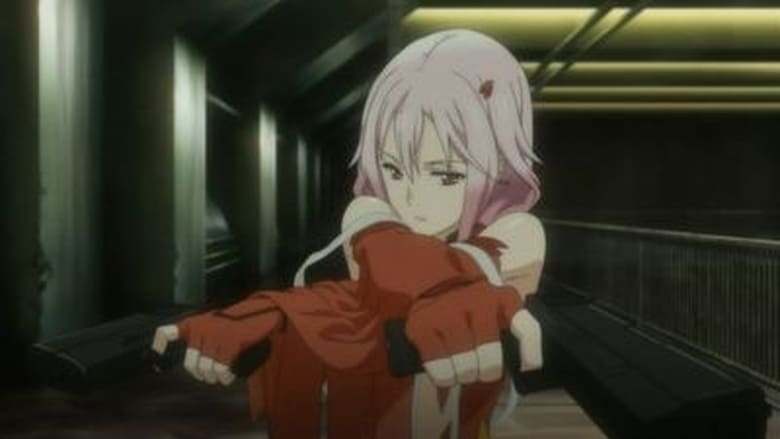