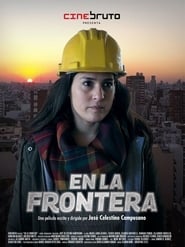 Vero lives with her older brother Abel, and they both work together at a construction site. There she has to put up with the advances of some of the workers, which is something she’s used to doing because she’s had this job since she was a lot younger. In the Border follows this character on her path to becoming a better person, which is represented in her way of helping a cousin with an abusive husband and in the NGO she signs up for to give food to the homeless who live on Paseo Colón Avenue. But there’s another parallel film here, and it’s the one in which Campusano’s eye captures the City of Buenos Aires in his own unique way. One of those great moments takes place as soon as the film begins, when Campusano stops to film some street musicians while they rap on a subway platform.