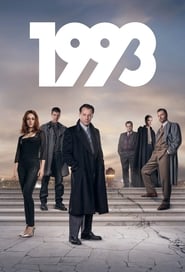 Rome, 30 April 1993. A crowd throws coins at Italian politician Bettino Craxi – as if the Civil War has begun. Be quick if you want a place in the new system. Now, it’s every man for himself. Leo dreams of political adventures, building a new movement. But before, he must face a murder sentence, deal with the remains of his reputation and resist the temptations of the past. A working class hero turned politician, Pietro is about to lose everything that gave meaning to his life; but like a numbing chill, it dawns on him that he really does enjoy the merciless game of politics. TV starlet Veronica seems to have everything she wanted, but was it worth it? On the other hand, special investigator Luca doesn’t want power, he’s fighting it. His health is deteriorating and his love life confuses him. 1993 is the last chance to set up the Second Republic. Everyone fights their own battles.